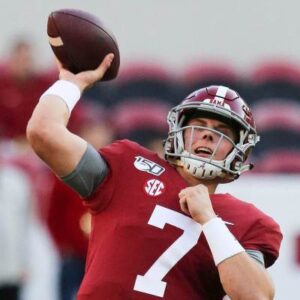 Braxton Barker wears jersey No. 7, just like his father did during his tenure with Alabama. Jay Barker finished with a 35-2-1 record as the starting quarterback for Alabama and was a Heisman Trophy finalist during the 1994 season. During high school, Braxton Barker received scholarship opportunities to play for Delta State University and Kentucky Wesleyan College. He decided to commit to Alabama as a preferred walk-on. His choice to join the Crimson Tide was not to be like his father, but because putting on the crimson jersey was his dream.