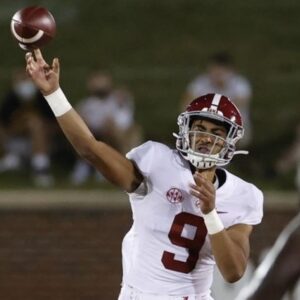 Gained experience behind starter Mac Jones and played in nine games during his first season at the Capstone and finished 13-of-22 passing for 156 yards and a touchdown and added nine rushes for no gain. Missouri: Made his collegiate debut late in the third quarter and finished 5-of-8 for 54 yards as a passer and added four rushes for two yards against the Tigers. Texas A&M: Entered late in the fourth quarter but did not attempt a pass. Tennessee: Totaled 30 yards on 3-of-5 passing and added one rush for no gain.