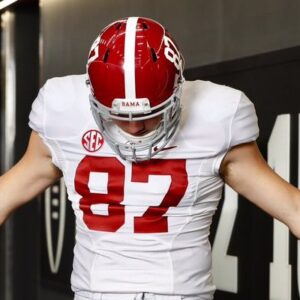 Versatile tight end recruit from Northeast Ohio and four-star prospect by PrepStar and ESPN.com and also listed as the site’s No. 7 tight end, No. 23 player in the Midwest Region and No. 5 player in Ohio … the nation’s No. 16 tight end per Rivals.com and the site also lists him as the 11th-rated player from his home state and tabbed to the Ohio Prep Sportswriters Association Division II All-Ohio Second Team as a senior.