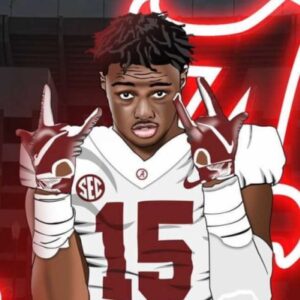 A consensus five-star prospect that quickly rose up the industry’s recruiting rankings and is a prized outside linebacker for the Tide and No. 8 on the 247Composite, the No. 1 weakside defensive end and No. 2 player in Florida and ranked 14th in the Top247 along with being named the site’s No. 1 weakside defensive end and the No. 2 player in the state of Florida and ESPN.com’s No. 3 outside linebacker in the country and also listed as the No. 6 player in the Southeast Region