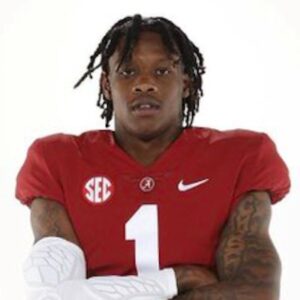 Played in 22 games and made six starts during his two-year stint at Ohio State, totaling 15 receptions for 266 yards and three touchdowns and as a sophomore in 2020, caught nine passes for 154 yards and a pair of touchdowns and caught three passes for 62 yards and a 45-yard touchdown reception in Ohio State’s 49-28 win over Clemson in the Sugar Bowl and as a freshman in 2019, played in all 14 games as both a wide receiver and on special teams and caught six passes for 112 yards, including a 61-yard touchdown catch against Miami (Ohio).