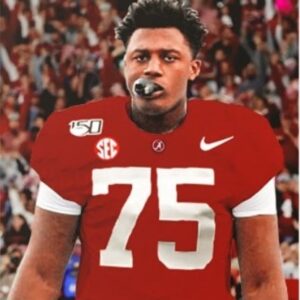 he nation’s top-ranked offensive lineman by all major outlets and the highest-ranked commit in the SEC and unanimous five-star prospect by all major recruiting sites and the nation’s No. 2 prospect overall and the No. 1 offensive lineman on the 247Composite and the No. 4 player nationally, No. 1 offensive tackle and No. 2 player in Florida and Rivals rates him as the No. 2 player nationally while ESPN listed him fifth in the publication’s ESPN300 list and the No. 1 player in the Southeast Region.