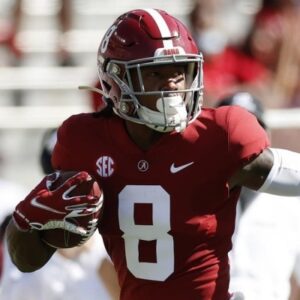 Began the year as the Tide’s No. 3 wideout and expanded his role following the injury to Jaylen Waddle and averaged 16.7 yards per catch to rank seventh in the SEC and totaled 916 yards and six touchdowns on 55 catches and converted a first down or scored a touchdown on 35 of his receptions as a sophomore and added to the Biletnikoff Award Watch List after the Tennessee matchup and selected as one of the offensive players of the week by the Alabama coaches for his play against Texas A&M.