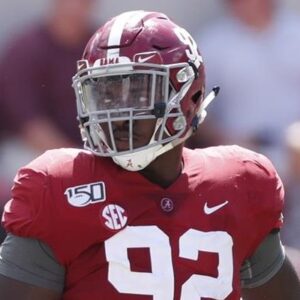 Contributed along the defensive front, totaling 19 tackles, including half a tackle for loss (-1 yard) and also recorded three quarterback pressures and picked off a pass with a return of four yards. Missouri: Earned the start against the Tigers, totaling one tackle. Texas A&M: Made the start for a second consecutive week, contributing two stops. Ole Miss: Finished with two tackles and a quarterback pressure against the Rebels.