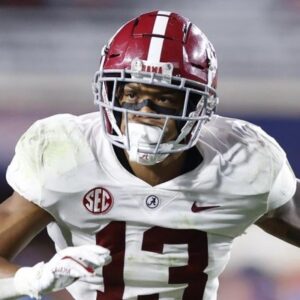 Earned the starting role at star for the Tide defense and started in the first 11 games before injury held him out of College Football Playoff and selected to the SEC All-Freshman Team and also picked up second team All-SEC honors at defensive back from the Associated Press and the league coaches and selected as a Freshman All-American by the FWAA, 247 Sports and The Athletic and led the UA defense with four forced turnovers, including a team-high three interceptions and also recovered a fumble which he forced, returning the loose ball 28 yards for a touchdown.