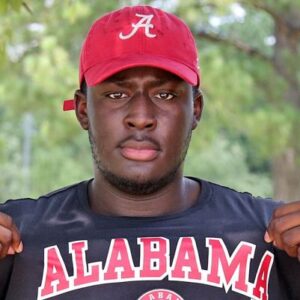 One of the nation’s top offensive line prospects who adds to the Crimson Tide’s impressive crop in the latest recruiting cycle and ranked as a five-star offensive guard by PrepStar and a four-star recruit by all other major sites and PrepStar lists him as the No. 43 player on the Top 150 Dream Team and the No. 7 guard in the country and ranked as the No. 54 recruit nationally, the No. 2 guard and No. 6 player from Georgia on the 247Composite