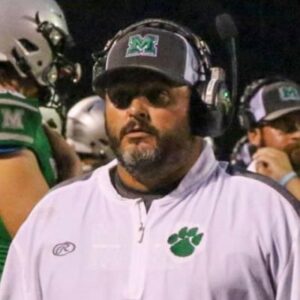 The Millry High School Wildcats have a new football coach to start off the new season, Coach Shane Hendry. While not his first coaching or head coaching job, it is the head coaching job he has wanted for a long time. He played football at Millry HS, graduating in 1993, and went on to play college ball at UAB. He started coaching as a graduate assistant under Watson Brown in the spring of 1998.